Do you ever wonder what’s wrong with you? Why you cannot control your thoughts, they seem to control you? It’s because in reality, your thoughts determine your actions. It really is “all in your mind”!

So far, so good. But then reality, aka real life, sets in. You don’t WANT to eat broccoli and dry skinless chicken. You want to have a margarita and some chips and salsa! And binge watch Good Girls on Netflix.

But here’s the thing. You created those thoughts. Mindblower, I know. But it’s true. You create your thoughts. Wow. What does this mean? It means you get to decide if you’re gonna believe that you’re a failure. You don’t have to believe it.

Does this mean if you just choose it that it will magically happen? Don’t you wish. No, life is always gonna be a bit messy and sometimes difficult. That’s just the way it is. Not everything comes easy.

And some of us may have come into this world with a bit more of the negativity gene than others so we have to work a little harder.

But just like everything else, the more you practice something the better you get at it.

“refers to the physiological changes in the brain that happen as the result of our interactions with our environment. From the time the brain begins to develop in utero until the day we die, the connections among the cells in our brains reorganize in response to our changing needs. This dynamic process allows us to learn from and adapt to different experiences”

This is really, really big and important. It essentially means that your brain, NO MATTER HOW OLD YOU ARE, can form new neural pathways. Now, these are formed all the time, every time we experience something new.

What this means for you, is that you can create new pathways in your brain, and create new habits that will support your health and fitness desires instead of constantly sabotaging them.

how does this work?

Essentially it works like this: you have a habit or a thought that leads to an action that in turn leads to a result. For the purpose of this example, we’ll say the eventual result (not necessarily the immediate one) is something you don’t like.

Habit: when you get home from work you immediately go to the pantry, pull out the chips and eat a couple handfuls. Maybe with some of that awesome dip you made over the weekend.

Immediate result: you feel relieved, satisfied, or complete, for lack of a better word. The result completes the whole loop you’ve had going probably since you got in the car to drive home.

Now, that was the immediate result. The eventual one may be disgust, weight gain, giving up on your latest diet, beating yourself up for giving in again, and all sorts of other negative stuff.

Why oh why can’t you stick to something? Why, if you really want to be fit and healthy do you keep sabotaging your well-intended efforts. What’s wrong with you?

Honey, you’re human. Really, you’re a human being and THIS. IS. NORMAL. I’m serious. Don’t beat yourself up over it.

How to get out of the loop

So, while this may be normal, is there something you can do about it? Something that will help you break out of these decades-long habits? And make no mistake, they are habits. Even if you don’t think of the them in the same way as habits like:

But yes, there are things to do. Believe it or not, you CAN change long-ingrained patterns and habits. It takes work…well, more like practice, but it can be done and it’s SO rewarding. Like, life-changing rewarding.

So, here’s the deal. There’s a thought in your head. You created it, even if you had the thought because of a circumstance.

A thought doesn’t require a circumstance, you might have one when you’re driving home as usual, such as the aforementioned thought about eating chips. You could say the circumstance was driving home, but that’s something you do every day.

A circumstance is something that is true. I have a job. My car is red. I am married. It’s not something like, “my boss is an idiot,” “my husband isn’t affectionate enough,” “my kids don’t listen.” Those are all thoughts.

According to Brooke Castillo, from whom I have learned many of these concepts, a circumstance is a proven fact, something that any normal person would agree with.

What you think about a circumstance is totally in your control. It may not feel like that now, but I assure you, it is. I know this, because I’ve been able to replace negative thoughts (my default) with new thoughts to replace some of the old, tired loops that had played out in my mind forever. [I’m still a work in process!]

Thoughts that kept me afraid, nervous, stuck, insecure, etc. This is why I know you can change your body, your fitness, your diet, even if you’ve tried (well, think you’ve tried) everything.

Drill Down to the actual thought

So, what to do about these ingrained thoughts that keep you stuck? The first step is drilling down to the actual thought.

The way you do this is simple, but not necessarily easy.

Let’s work backward from the chips and dip fest that spontaneously went down when you came home from work. Here you are mad as heck at yourself for giving in again, even though you had a talk with yourself yesterday.

This time, stop and work out what Brooke Castillo calls, The Model. The Model consists of 5 lines on a piece of paper: circumstance, thought, feeling, action (or inaction), result.

Take a piece of paper and write those out in order. Then fill in whichever one you want to figure out. It doesn’t matter which of the 5 it is. Let’s say in your case it’s feeling disgusted. You would put “disgusted” on the result line.

Then work backward from there. What was the action (or inaction) that caused the result? Eating the chips and dip. Boom, fill that in. Before that? What was the feeling? Was it boredom, anticipation, stress, restlessness, anxiety?

See if you can pinpoint it. For the sake of the example, let’s say it’s anxiety. Anxiety caused by some thought in your brain. Uh, huh. Now we have to get to that thought! Crap, this is kinda hard.

What is the thought that led to your anxiety that led to eating the chips and dip that led to your disgust? Sometimes anxiety is just masking the true feeling. Are you really lonely or depressed? Try to drill down to the root cause of the anxiety.

Now we get to the good part. What was the thought that led to the feeling of loneliness or depression (mild or otherwise)?

You might believe you didn’t have a thought first…that it just happened. You get home, you get chips and dip, simple as that. But you did have a thought that led to it, and you created the thought no matter how much you may want to deny it.

There has been an urban myth going around that humans have between 50,000 and 70,000 thoughts per day. No one can seem to find the origin of this, however. In fact, I don’t know that it’s been established what a thought actually is.

However, I think we can all agree that our brains are active as hell both night and day, and likely most of the crap going through it is negative and/or stuff it rehashes constantly. See more in the related post below.

How to Win The Fight Against Your Bad Habits

For the sake of our discussion, we will use this simple definition: a thought is a sentence in your mind. If you recognize a thought, you should be able to put it into a sentence. “My mother-in-law is a pain in the butt.” “My son is lazy.” “I will never lose weight.”

Boom! We are honing in on this thought⇢feeling⇢action⇢result process.

Once you can zero in on the original thought that led to the chain of events, you can CHOOSE to replace that with a new thought. We’ve determined that your default thought before you eat or drink something that is not in line with your true desires is “I will never lose weight.”

This is awesome progress. Now you have to get to a thought that you can believe that is better than this one and CAN lead to the results you want. Don’t try to go all, “I look like Bo Derek” here. This has to be a thought you believe.

In which case, you may have to get to something just slightly better than “I’ll never lose weight.” Something like, “I have been successful at losing weight before.”

Then you have to practice. Multiple times a day. For a while until it becomes your new default thought. Then you can replace it with something even better, that you believe now. How about, “I know I can lose weight if I follow a sensible protocol.”

You get to choose the thoughts, those are just suggestions. Your steps can possibly be smaller or bigger, depending on how ingrained the original (negative) thought is. It doesn’t matter how long it takes. The only thing that matters is progress.

What is one thought you consistently default to that you can begin to change? Use the process outlined here and start to make amazing change in your life! Along with forming new (small) habits, you can make changes you never thought possible.

Want to remember this? Post this “How Your Thoughts Determine Your Actions” article to your favorite Pinterest board! 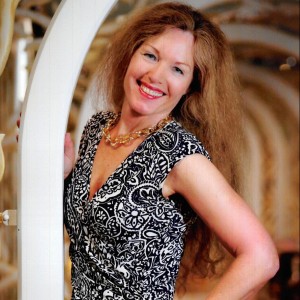 Phase Two Fitness is a participant in the Amazon Services LLC Associates Program, an affiliate advertising program designed to provide a means for sites to earn advertising fees by advertising and linking to Amazon.com.